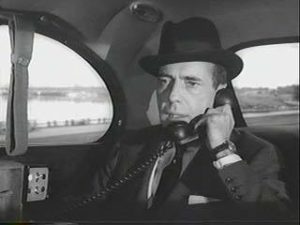 We all love our films and our phones, But when the two collide it can give a whole new spectrum of possibilities.

It’s 1954, the movie is Sabrina, starring Humphrey Bogart and Audrey Hepburn. This is where the first phone appeared in film, and it was a car phone none the less!

From this, phones became more and more frequent and even became the stars themselves in some motion pictures, not to mention they are the product of some of the most creative plot twists and story developments imaginable, especially when it comes to the horror genre.

Wes Craven’s game changing slasher/horror, Scream shows how a group of teens have their trusted social life lines turned in to a terrifying, direct line to their tormentor and their potential end. Instead of that reassuring voice of the person you were longing to hear from, you get the obscenely, manic sounding voice of a stranger on your line. Doesn’t matter if you hang up, he’s just going to call again…and again…and again. Then you find that you are hiding in the corner, crying, clutching this chunk of technology which is the middleman used by your tormentor to make you squirm! 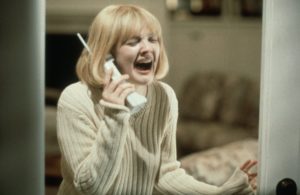 As the technology advances and mobile phones become readily available to everyone, we see the evident pros and cons of owning a mobile phone in these horror films. This device which controls your life, does everything for you but tuck you in to bed at night (which would be nice, especially after this talk of horror films) – it helps you plan your route, helps you to keep in contact with members of your party, and the ever handy, emergency services. But wait…No Service! It just happens to be at that moment when you’re driving through the woods, something runs out in front of your car, you veer off the road, in to a ditch.

But what was that thing that ran out??? Or there’s a break in at your home, you run and hide in the closet to call the police, you can hear footsteps approaching, then that ringtone that you carefully chose to notify everyone that you absolutely love that newest RNB track starts piping up…giving away your position and now those footsteps are coming at you faster and your heart is in your mouth! Paranoid? I bet you are! 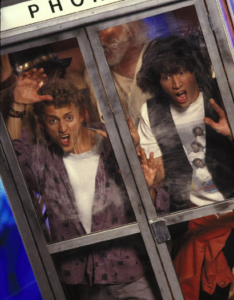 All scariness aside, let’s have a look at the Sci-Fi genre. Bill and Ted! Their lives take a bodacious turn of events when a time travelling phone booth drops, smack bang in their laps with the dapper guide, Rufus. I would also just like to give an esteemed head nod to another time travelling phone box eccentric, the Lord of Time himself, The Doctor!

I know, the now humble mobile phone becomes eclipsed by the fact of time travel. But if we head in to the future, we see the mobile phone has taken a radical change and has become sleek and a must have for everyone. Not only does Keanu Reeves make a fantastic come back with his slick style under the name of Neo, he brings with him the newest must have… the Nokia 7110 a.k.a THE MATRIX PHONE! 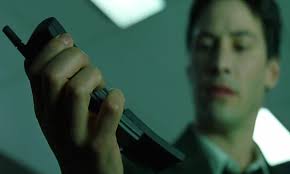 Nokia changed the game with the 7110 (MATRIX PHONE!), the first phone to access the internet. All of this was perfect for the futuristic feel of The Matrix, armed with the futuristic phones that seemed so advanced at the time, that you had to wonder “What if we’re in The Matrix?”

When talking about advanced technology, how could we forget our secret agents! We know they are hooked up with the latest gadgets and a phone is always a necessity for a top agent. Not only does the hardware seem sophisticated, but the software as well with Face/Retina/Fingerprint recognition, voice masking, location tracking and remote applications. Once exclusive to the likes of the 007 and Jason Bourne, now we can all have a taste of this high-tech gadgetry…but, with great power comes great responsibility.

Whether it’s survival or doom, phones play a huge part in films and will continue to do so, even more dominantly as technology continues to advance in leaps and bounds.

WHAT’S YOUR GAME CHANGER OF A FILM THAT FEATURES MOBILE PHONES?

CAN YOU THINK OF HOW A FILM WOULD HAVE A COMPLETELY

DIFFERENT OUTCOME IF PHONES DID PLAY A BIGGER PART?